Would you like to switch to the accessible version of this site?

Don't need the accessible version of this site?

Talking About Your Feelings 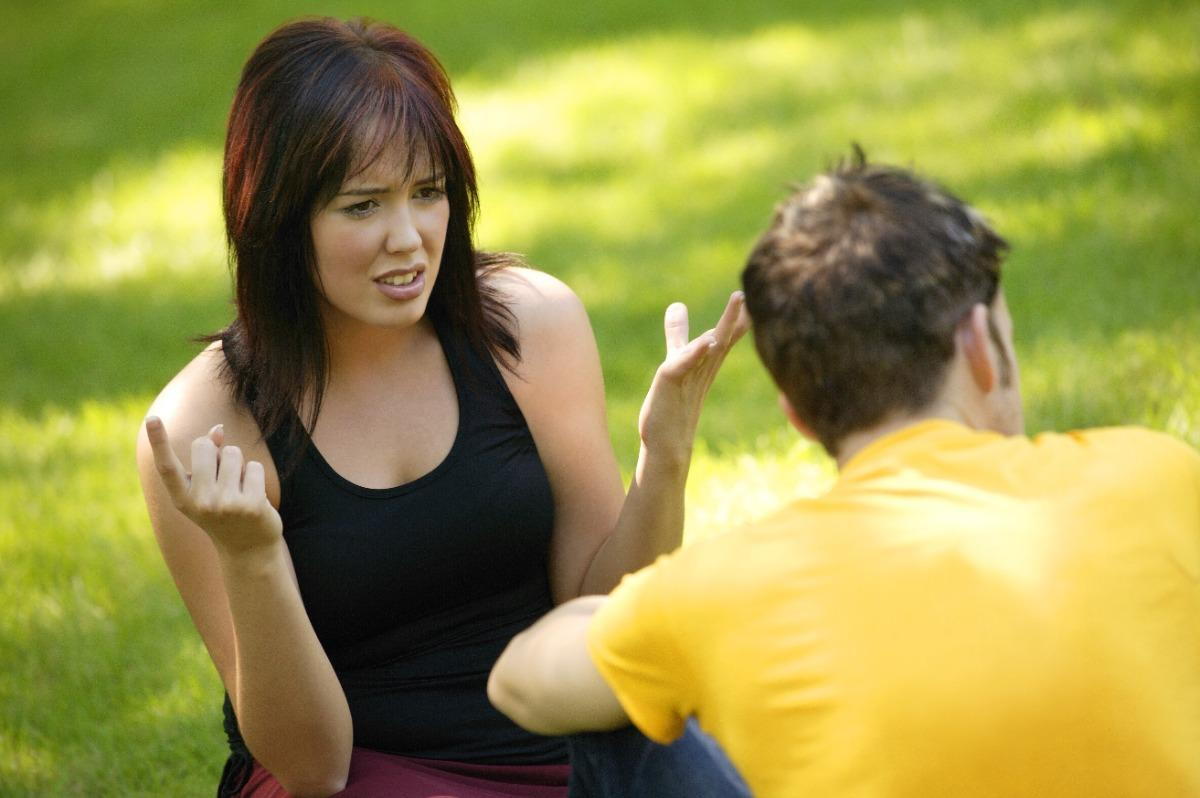 Couples in distress have great difficulty talking to each other about their problems. Although they want to feel heard and understood by their partners, all they can get is defensiveness. As soon as they start talking, their partner feels overwhelmed, and they end up arguing. As they cannot have meaningful conversations, they feel increasingly hopeless.

One reason couples are unable to solve their problems is that they are mistaken about what their real problem is. They talk about the content of their issues while the real problem lies underneath. They try to get the other to agree with them on a specific topic, but they don’t realize that what they really need from each other is something else. The following is the story of a couple I helped years ago that illustrates what I am saying.

It was noticeable in their first session Nadia’s anger towards Bill. She said that he was too cheap and despite having the financial means to live comfortably, he was very frugal. She had a car which she was using for several years, and she wanted to replace it. A few days before coming to their first session, she had been to a dealership where she saw a brand-new car that she liked. When she talked to Bill about it, he dismissed her need to buy a car and said that her old car was fine.

This couple was together for 40 years, and I could see how much hurt Nadia had pilled up from all those years of trying to feel heard and understood by Bill. When she could not get her point across, she would fly into a rage which made it even harder for him to listen to her. He responded with defensiveness or by just shutting down completely which made her feel unimportant and ignored. This was exactly what had just happened when she talked to him about the car. When he dismissed her need for a new car, she exploded with him which led him to become defensive and hold to his position. Their cycle was one of attack/defend in which they acted each other as enemies instead of a team working together for their mutual good.

Like Nadia and Bill, there are many couples who cannot get to solve their easiest problems. They fight over trivial things, and they feel increasingly lost and desperate. Their attempts to find a solution to their problems fail and their anger and mistrust increase. As they are unable to feel heard and understood by each other, they become hopeless.

As in the case of Nadia and Bill, couples are unable to problem solve because they focus on the content of their issues instead of the underlying emotions. They fight over finances, the discipline of their children, where to go for vacation, and the household chores, but they never talk about their feelings and needs. For example, if Nadia would talk about her feelings to Bill, what would she say? It was clear to him that she was very angry. However, deep inside she thought that she did not matter to him, and he did not love her. She felt disconnected from him which caused a great deal of sadness and loneliness. When he dismissed her need to buy a car and held on to his position despite her insistence to prove her point, what she heard from him was “Your needs are not important to me; I don’t care about your feelings and needs, and I don’t love you.” Therefore, she was not fighting for the car, she was fighting to be loved. The theme of the car was just where the existential need to feel loved and important played out.

Bill, on the other hand, had feelings and needs of himself which he did not communicate to Nadia. This is where Bill and Nadia were different. While Nadia yelled to be heard and protested his distance and resistance, he was quieter and withdrawn. He hated arguments, so he avoided bringing up the issues that bothered him. He hoped that by being quiet, they would have fewer arguments and maybe she would forget the last issue they had fought about. This quietness, nevertheless, caused Nadia to think that he didn’t care about her needs and that he ignored her. Therefore, Bill found himself in a dilemma. If he said something, Nadia would feel dismissed and unloved and if he didn’t say anything, she would feel ignored and unimportant. His strategy was to stay quiet until the point where he couldn’t hold his feelings anymore and blew up. However, he never told her the reason he exploded or what fueled his anger.

So, what was happening inside of Bill? What were the emotions lying underneath the anger? Since the beginning of their marriage, Bill had taken control of their finances. Dealing with finances was his strength, and because of that, they had never faced debt. They bought a house, made improvements in it, and paid for their children’s studies. After he retired, he still found a job to guarantee that they would live comfortably. To achieve this financial stability, he had said no to her sometimes which hurt her feelings as in the case of the car. However, they were financially stable and secure mostly due to his frugality.

Bill did not feel acknowledged for his effort to give them financial stability. He felt invisible because apparently, she did not see how much he had done for them. She never showed gratitude for his hard work and commitment to give them financial security. He felt constantly accused and even ridiculed for being so cheap, but never complimented for his self-control and hard work. This made him feel sad and hurt and to conclude that she didn’t love him.